The board of directors consists of three grower elected directors and three nominated miller directors.

Board meetings are held bi-monthly on the second Tuesday. 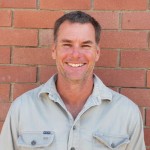 Bryce has been around sugarcane all his life and took over the reins of the family farm in 2007. He has extensive experience in sugarcane production having been involved in research, extension, and production sectors. He has also been a fertiliser and chemical sales representative. He has completed a Bachelor of Agricultural Science (Hons.) at UQ, and has managed crop production in sugarcane plantations in Papua New Guinea, exposing him to the threats that exotic pests and diseases pose to industry should there be a lapse in biosecurity. He was appointed Chairman in July 2018. 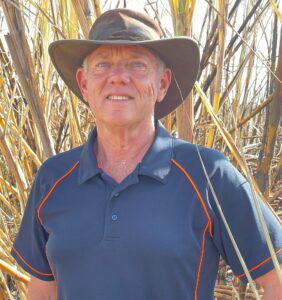 Dave is a third-generation cane grower who was born and raised on the family farm near Ayr. He is very passionate about the sugar industry and apart from working and managing the family farm for the past 40 years, he has also been employed in other areas of the industry including planting, harvesting & plant breeding with TFS Wilmar. Burdekin Productivity Services employed Dave as a Senior Field Officer for almost 15 years before he moved on to Kalamia Canegrowers Organisation as manager. Dave holds a Diploma of Agriculture. 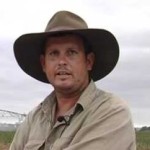 Former Chairman, Chris was elected to board for another term on the 27th August 2019 following a short break from duties. He has been a sugarcane grower in the Invicta mill area for more than 25 years and is a qualified fitter and turner. He was raised on the family sugarcane farm in Gordonvale where his family still farms today. Chris is actively involved in the Clare community and was formerly Chairman of the Blackheath & Thornburgh College Board, a private school located in Charters Towers. He has been on the committee of the Clare school P & C Association and is a keen participant in allowing field trials to be conducted on his farm. 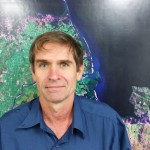 Peter has been a director of various companies since 1998 and holds Bachelor of Agricultural Science, Associate Diploma in Rural Techniques, a PhD, is a graduate of the Australian Institute of Company Directors (GAICD). He has held various positions with CSR and Sucrogen, now Wilmar Sugar. 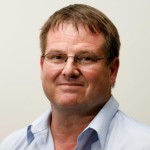 Ian’s appointment has brought a fresh and increased professionalism to the board room at BPS. He has a Diploma in Applied Science (Rural Technology), Degree in Applied Science (Rural Technology – Ag Mechanisation and Soil Conservation) and Post Graduate qualifications in management and is a graduate of the Australian Institute of Company Directors (GAICD). Ian has over 25 years’ experience in the sugar industry holding various commercial and managerial roles. He has developed numerous skills after serving on the boards of BSES Limited, Australian Molasses Trading, Herbert Cane Productivity Services Limited (HCPSL), Herbert River Information Centre (HRIC) and the Mourilyan Molasses Terminal Company Pty Ltd.

Third generation family that was born and raised in the Burdekin.  Previously employed in the Car, Truck and Agricultural industries which included working in Townsville, Brisbane and Melbourne in various commercial roles before getting the opportunity to return back to Ayr, where I have been employed by Wilmar for the past 15 years as a Management Accountant.  Whilst at Wilmar I have had a management accounting responsibility for various areas of the business, including Farms, Cogen, Milling, Cane and Sugar Transport functions.